It is now generally accepted that even low amounts of quenched disorder disrupt long range order in anisotropic systems with continuous symmetry.
However, very little is known on the key item of the nature of the residual order, if any, and particularly if this has quasi-long or truly-short range
character. Here we address this problem both experimentally for the nematic 6CB in dilute aerosils and with computer simulations. We find that the residual
order is short ranged and scales with disorder density in agreement with the Imry-Ma argument. 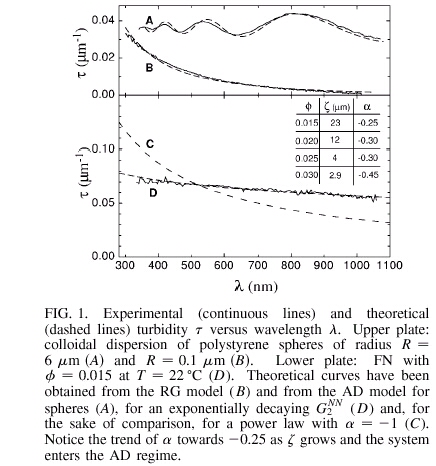 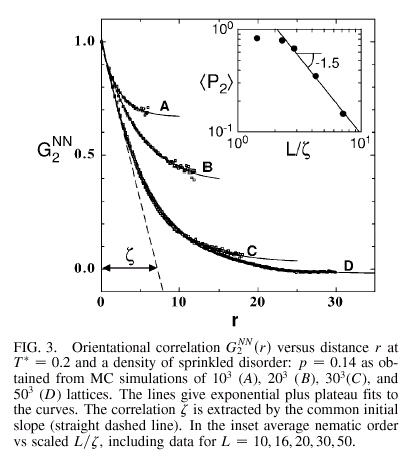 We have shown that experiments and Monte Carlo simulations coherently indicate that, at a given finite amount of disorder, the nematic ordering obtained by cooling into the nematic phase a system prepared in the isotropic phase, is local and short ranged. This proves the short-ranged nature of the nematic ordering at finite disorder concentration and provides a conclusive verification of the basic scaling behavior contained in the Imry-Ma argument, which, in turn, leads to conclude that,
even at arbitrarily low density of disorder, the long-ranged nematic order is suppressed.