Past Postdoctoral Fellows and Visitors in Claudio Zannoni group, University of Bologna, include

Dr. Roberto Berardi (IT) now an Associate Professor of Physical Chemistry at University of Bologna,.

Dr. Garth Shilstone (UK) Deuterium NMR studies of ordering of solutes in nematic solvents. Garth came from the group of Prof. Luckhurst at the University ofSouthampton (UK) and after his postdoc in Bologna he moved to the US to work with Prof. G. Drobny in Seattle. He is now back in UK.

Dr. Alfred Hagemeyer (DE) EU supported fellow, from the group of Prof. Spiess, University of Mainz (DE), then in Industry with BASF. 13C NMR studies of orientational order in nematics.

Monte Carlo and Molecular Dynamics computer simulations of Gay-Berne systems, from Univ. of Southampton, UK (group of Prof. Luckhurst). Following a period at ISM CNR, Bologna, and then with a software firm, Andy now has a permanent position at Supercomputing Center CINECA, Bologna, where he is particularly involved with scientific software support, in particular for INSTM users.

Dr. Elisabet Berggren from Stockholm Univ.(Sweden), first with a Swedish Natural Science Research Cuncil , then a EU fellowship (CHBICT930679 4 Aug 93- Aug 95) went back to Lund University and then moved to the EU Centre (Ispra, IT)

Dr. Riccardo Tarroni (IT) became a researcher in Theoretical Chemistry in Bologna University working with Prof. P. Palmieri and he is now an Associate Professor in Physical Chemistry of Università di Bologna, teaching in Rimini.

Dr. Marc van Zandvoort (NL) Fluorescence Depolarization studies of Chlorophyll. Originally from Prof. Y.Levine group in Utrecht, he was in Bologna as a EU HCM fellow. Now Marc is at the Department of Biophysics, Maastricht University , NL

from Univ. of Southampton, UK; (group of Prof. Luckhurst). Martin went to work with Prof. Daan Frenkel at FOM (NL) and has then moved back to Southampton, with a Royal Society University Research Fellowships.  Martin is now (from 2006) at York University, UK.

from Nice, FR : Computer simulations of Gay-Berne systems with charges. (April 1998- May1999). Yves went to Boulder Colorado to work with Dr. M. Glaser and Prof. N. Clark and then spent a period in the group of Prof. Goddard III. Yves is now a Lecturer at Univ. Tours (FR).

(December 2001-October 2002). Tim come from the group of Prof. G.R. Luckhurst in Southampton and was in Bologna as a EU-TMR postdoctoral fellow, working on computer simulations, particularly calculations of viscosity in liquid crystals. Tim has then moved to Kuala Lumpur, Malaysia in the group of Prof. R. Hashim and has now become a Lecturer in the Chemistry Department of University of Malaya.

Dr. Corrado Bacchiocchi (IT) (June 2000-June 2003) After his Ph.D. in Bologna, on the computer simulation of energy transfer in model liquid crystals and a postdoctoral period with Prof. G.R. Luckhurst, in Southampton, UK, Corrado has been working on fluorescence energy transfer in muscle systems in the group of Prof. S. Lehrer at the Boston Biomedical Research Institute, Boston, MA USA. Back in our group in Bologna he has been mainly engaged in spin probe ESR investigations of nematics with dispersed silica. Corrado has been working for INSTM (July 2003-15 July 2006) in charge of liasoning between the INSTM Direction and the Scientific Sections and Research Units, as well as of INSTM web site etc. Corrado was back in the group (July 2006-2007) and then he moved to Università di Camerino.

(May24- June24, 2004) Dirk is at the Department of Organic Chemistry, University of Cologne and has visited us under the HPC-Europa scheme, to collaborate on Liquid crystal modelling.

(Jan 2004-Dec 2004). Maximum Entropy and Computer simulations of flexible molecules in liquid crystals. Baltzar is from the Physical Chemistry Division, Stockholm University (group of Prof. A. Maliniak) and was supported by the Wenner-Gren Foundations (Stockholm).

(Oct 2004-April 2005) Modelling and computer simulation of some selected liquid crystalline systems. Andrius, after getting his degree in Chemistry from the University of Vilnius (Lithuania) has moved to the Department of Chemistry, University of Warsaw (Poland), group of Prof. E. Gorecka and was in Bologna with support from the EU TMR network FAMOUS (Fullerene bases advanced materials for optoelectronic utilizations).

Dr. Ozhan Kayacan (TR) (9 May- 4 August, 2005). Dr . Kayacan is from the Faculty of Sciences and Arts, Celal Bayar University, Muradiye, Manisa, Turkey, and has been visiting us with a fellowship from TUBITAK, the Turkish Science and Research Council with a project on Tsallis statistics applied to Liquid Crystals.

Modelling and Computer simulations of   polymerization in liquid crystals and of liquid crystal elastomers. During his PhD in our group (Jan 2003-Dec 2005) Davide has spent a few months (Nov.2004- Feb.2005) in SARA, Amsterdam as HPC-Europa Fellow. Davide now works in Industry (at Reglass).

Dr. Ozhan Kayacan (TR)(5 June 2006- 30 June 2006) Dr . Kayacan is from the Faculty of Sciences and Arts, Celal Bayar University, Muradiye, Manisa, Turkey. He has visited us a first time with a Tubitak fellowship and now he has been visiting us with a HPC-Europa fellowship with a project on Tsallis statistics applied to Liquid Crystals.

Sholto McLaren (UK). (July-August 2006) Sholto comes from the group of Prof. Neville Boden and Richard Busby in Leeds University where he has completed his PhD on the synthesis and modelling of discotics. He has previously been visiting us with a HPC-Europa grant (Sept. 1 - Nov.4 2005). Now is here as a EU FULCE TMR postdoctoral fellow

Ms. Saeedeh Shoarinejad (IR) (27 April 2007- 27 September 2007) Ms. Shoarinejad is from the Department of Physics, Faculty of Science, Isfahan University (IR) and has visited our group with the support of a fellowship from Iran Ministry of Science, Research and Technology, to work on Liquid Crystals.

(Jan 2007-Mar 2008) ESR studies of liquid crystal based complex systems. Ilaria has completed her Ph.D. in our group (Jan 2004-Dec 2006) and currently has been supported by a NAIMO postdoctoral grant. 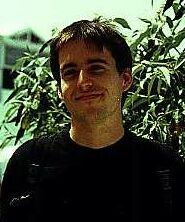 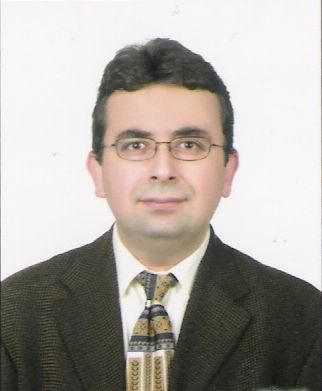 ( 8-27 July 2008) Dr . Kayacan is from the Faculty of Sciences and Arts, Celal Bayar University, Muradiye, Manisa, Turkey. He is visiting us with a HPC-Europa fellowship with a project on Tsallis statistics applied to Liquid Crystals.

(1 Dec 2008- 30 Nov 2009) Computer Simulations and Phase Transitions in Liquid Crystals. Emel Kilit has been visiting us from the Department of Physics, Middle East Technical University (METU), Ankara, Turkey, where she is  Research Assistant and completing her Doctorate.

Models of biaxial liquid crystal systems, supported by the BIND project. Sai is from the group of Prof. V.S.S. Sastry, Department of Physics, University of Hyderabad, India, where she has completed her Ph.D in 2009. and has visited before our group in the framework of the Italian-Indian Bilateral collaborative project (19 Oct 2006- 12 Dec 2006) . Sai has been working on biaxial phases and defects with the support of EU project BIND.

(15-22 May 2011) Gregor was visiting from the Physics Department, University of Ljubljana to continue the collaboration started in the past few years, particularly on Liquid Cystal Elastomers.

Yoann is from the group of Prof. J. Cornil, Dept. Chimie des Matériaux Nouveaux, Université de Mons-Hainaut, Belgium and has visited us within the HPC-Europa framework.

Elisabeth has a master in Physics from Hamburg and has visited us from the group of Prof. Paul Kouwer, Institute for Molecules and Materials, Radboud University Nijmegen (NL) to work on computer simulations.

Domenico has obtained his Ph.D. in Siena (2006) on topics of Molecular Medicine under the supervision of Prof. Paolo Di Simplicio and Prof. Niccolai Neri (for computational studies) and after a first postdoc in Siena, has held a postdoctoral fellowship in our group for computer simulation studies within the EU7 project BIND (Mar 2008-Dec 2010) then ONE-P (Jan 2011- Dec 2011) and MINOTOR (2012) and for a few months also in 2013..

Theoretical modelling and computer simulations. Gabriele has obtained his Master (2006) and PhD (2010) in Materials Science in the group of Prof. Anna Painelli, working on the theoretical modeling of cooperativity arising from electron-phonon coupling, charge tranfer and electrostatic interactions in functional molecular materials and has been working in our group as assegnista, also with the support of the ONE-P FP7 project. Gabriele is now (October 2013-2014) in Liege, Belgium, supported by a BE-IPD-COFUND grant, working with Prof. Matthieu Verstraete and will move to U. Mons in 2015.

Modelling Surfaces and their interactions with liquid crystals. After completing his Ph.D.(Jan 2006-Dec 2008) and a period supported by MODECOM (Jan 2009-May 2009), Antonio is now "Assegnista di Ricerca" in our group (UNIBO-BIND May 2009-Apr 2011), INSTM-ONE-P (May 2011-Dec 2011), MINOTOR and Assegnista di Ricerca. Antonio has moved in 2014 to the University of Salerno, working in the group of Prof. Giuseppe Milano. 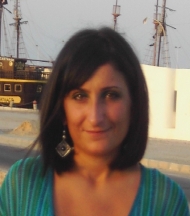 . Isabella has got her first degree (Laurea) in Industrial Chemistry with top marks, with the supervision of Prof. A. Hockoeppler and working, mainly at ETH Zurich, on a thesis on the Supramolecular aggregation of amphiphilic peptides. Isabella has been collaborating with us first within the EU project NAIMO and then within PRRIITT Nanofaber (22 May 2006 - 31 Dec 2006) and has done her Ph.D. (Jan 2007 - Dec 2009) in our group working on ESR and computer simulations. Isabella has then spent postdoctoral periods in the lab with an "assegno di ricerca" first UNIBO-BIND (Jan 2010 - Jun 2012) then UNIBO (Jul 2012 - Jun 2016).

Mattia has obtained his Laurea and Ph.D. in our group working particularly on atomistic molecular dynamics simulations of smectics. Mattia has recently moved to a position in Industry (Oct 2016).

Modelling and Computer simulations of   liquid crystals and functional organic materials, mainly at atomistic and molecular resolution level, organic semiconductors and proteins. Luca has been working on the modelling of various organized nanosystems, particularly discotics, within the EU6 project NAIMO (August 2005-March 2008), then on various atomistic modelling and simulations projects with the support of MODECOM (May 2008-Sep 2009), MINOTOR (Dec 2009-May 2012) and PRIN. Luca has then moved (Sep. 2014-Sep 2016) to Univ. of Bordeaux (FR) with a Junior chair of excellence (assistant professor) in "Theoretical modeling at the frontier between soft matter and organic electronics". He has returned to Bologna with a Reseacher position (RTDB) Sep 2016 and he is now (2019) Associate Professor. 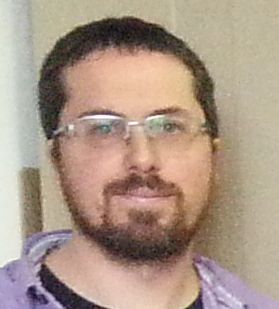 Modelling Surfaces and their interactions with liquid crystals. Otello has obtained his Laurea in Chemistry in Rome (2005) and his Ph.D. in Chemistry in the group of Prof. John Dyke, University of Southampton (2009) and has been working in our group first supported by the regional PROMINER project (June 2009 - Apr 2010), then by EU FP7 INSTM ONE-P (May 2010-Dec 2011) and MINOTOR and has then be supported by EXTMOS.

Lara after her first degree in our group has continued for a Ph.D. with Modelling and Simulation projects and is now doing reaserch on atomistic and coarse grained simulations and chiral systems as a postdoct in the group. Lara From Sept. 2019 is working at CINECA Supercomputing Centre, Bologgna.